It all began in the early 1900s with one man’s vision, that of C.L. Woods, an Ohio distributor of Eagle Tractors. Woods observed that farmers were taking the cobblestones from their fields and placing them along the dirt roadsides. He imagined, “What if someone created a small jaw crusher that could mount to the front of a tractor to crush the stone and use it to improve the roads?”

Woods approached Eagle Tractors with the idea, but when the company didn’t share his vision, he founded his own company to manufacture the jaw crusher he had imagined. Thus, in 1915, in Kenton, Ohio, Eagle Crusher Company was born.

When Woods retired in 1952, Cobey purchased the remaining 75% of Eagle Crusher Company, and soon moved manufacturing to Galion, Ohio to be closer to the other companies he owned and operated, including Perfection Steel Body, manufacturer of steel grave vaults and truck bodies and hoists (started by his father, Harry Cobey), and Cobey Corporation, Bucyrus-Ohio manufacturer of a line of farm wagons.

In the 1960s, Eagle Crusher had won numerous large contracts for the manufacture of portable crushing plants, including one contract with the United States government to produce more than 300 crushing plants for road production during the Vietnam War. 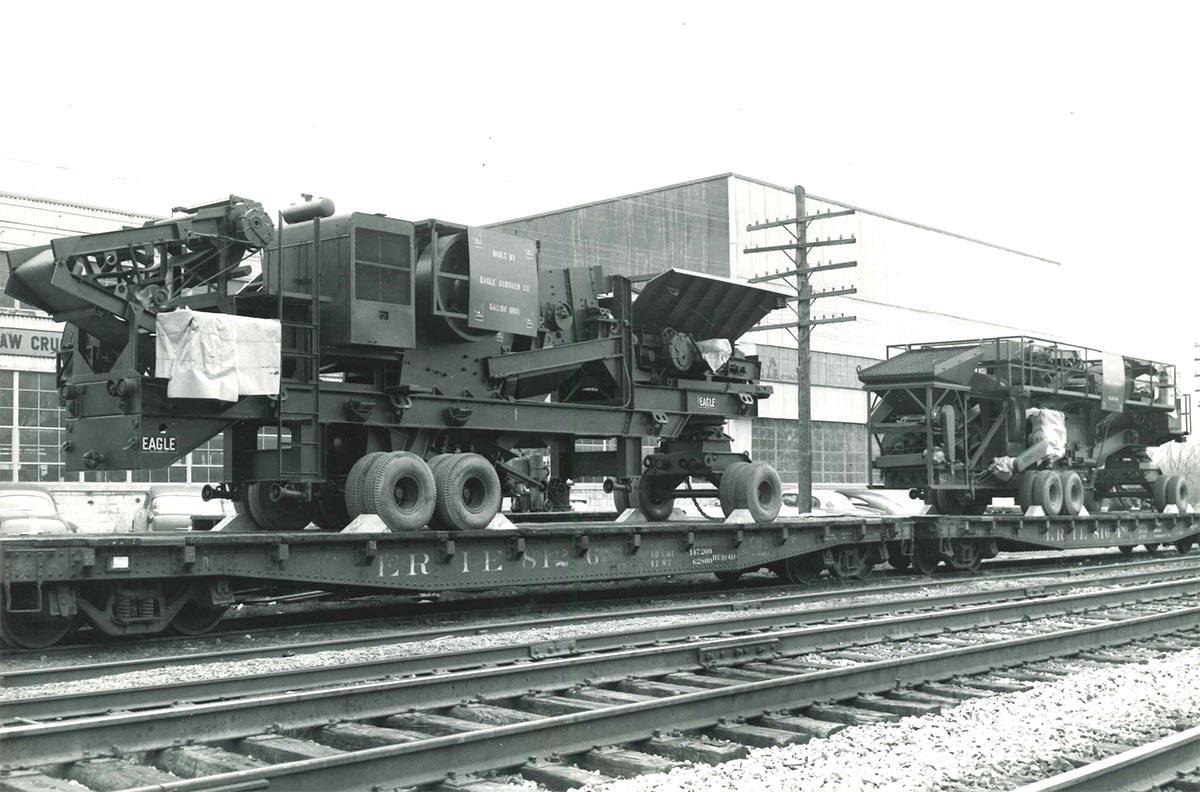 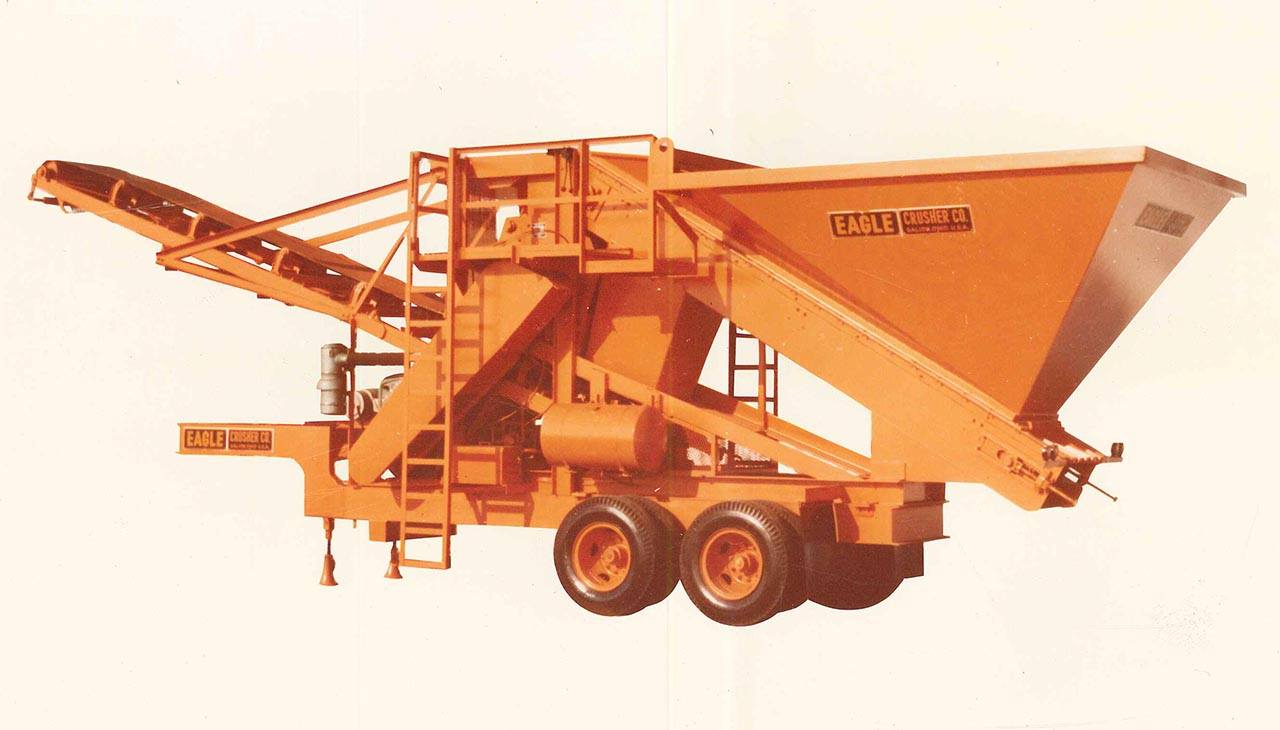 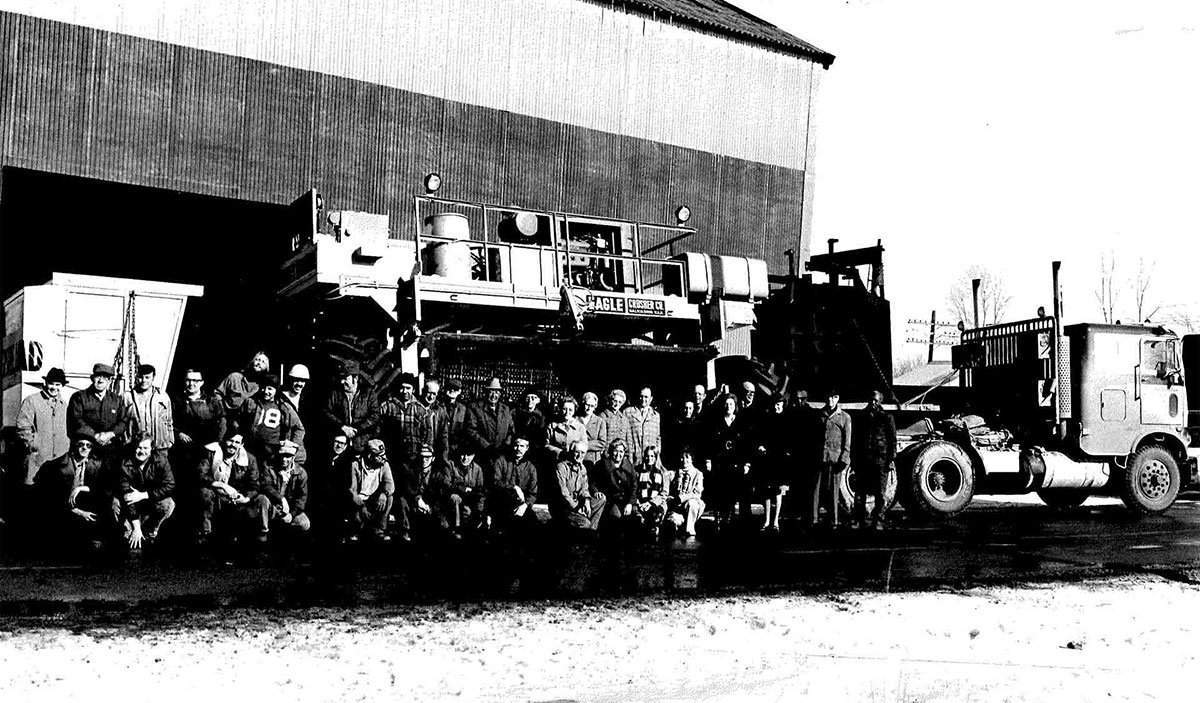 In 1965, Perfection Steel Body and Cobey Corp. was sold to Harsco Corp. While Cobey stayed on as President, Harsco separated Eagle under a different management, which only focused on their large contracts, ignoring their normal customer base. When the contracts ended in 1969, there was no business left.

In 1970 Cobey bought Eagle Crusher back and restarted the company with one employee. As Cobey said, “I bought a name and some bad inventory.” Eagle slowly grew and in 1974 and 1975, purchased Diamond Iron Works and Austin-Western for their parts sales.

Cobey recruited his daughter, Susanne Cobey in 1974, becoming the company’s tenth employee to handle the parts sales. She had previously been with Ford Motor Company where she was the first, female, junior executive.

Susanne Cobey sought a new direction for Eagle Crusher. She knew of the frustration customers were having processing asphalt and concrete with rebar with the traditional aggregate jaw and cone. She determined that the Horizontal Shaft Impactor (HSI), which was developed after WW II to process debris, was the answer. Susanne concluded that only one HSI style suited the US market. With that impactor, Eagle built the first US commercial recycling plant, Eagle’s Jumbo 1400, in 1984, and a new industry was born.

As Eagle Crusher’s own manufacture of a range of portable recycling plants progressed, the company found a need for a more innovative and robust impactor, thus in 1994, introduced its own line of a superior, UltraMax® HSI, featuring a unique, sculpted, solid steel, three-bar rotor, the industry’s heaviest, for the recycling market. Today, Eagle Crusher continues to consistently lead the industry in new product innovations and delivery of the most advanced, high-performance, and lowest operating-cost crushers in the industry for the recycle concrete, asphalt, aggregate, and sand and gravel industries. The company stands by its products with unsurpassed aftermarket service and support to make producers’ jobs easier and their businesses more profitable.